Electricity has been around for a long time. We’ve known about static electricity since the 1600s, but Ben Franklin didn’t make the lightning connection until 1759. Then we got Edison’s light bulb patent in 1879. At that point, it was all about wattage and voltage.

But then in 1962, LEDs were invented, and now that we’re firmly in the 2020s, the focus is on lumens. Before you get completely lost, we need to go over the two basic terms that we’re discussing here. Both lumens and watts are common units in the light bulb space.

But while lumens tell you how bright your bulb is, watts tell you how high your bill will be. Lumens refer to the amount of light you can see, while watts calculate the amount of power that gets used up. These are the two main factors to keep in mind when you need to put a fresh light bulb in your socket. 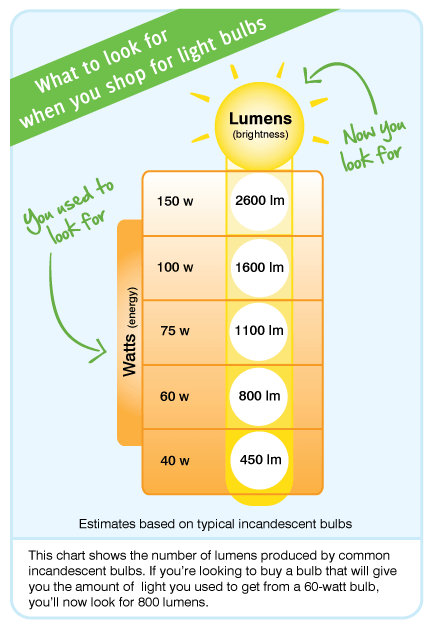 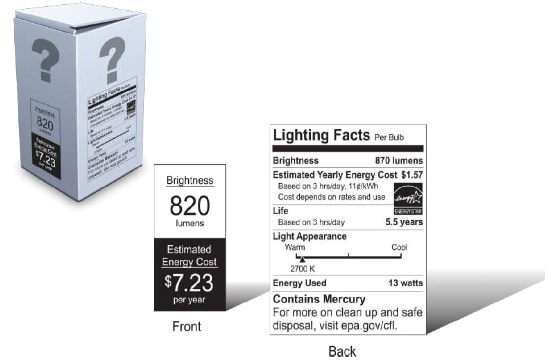 The Federal Trade Commission has worked with manufacturers to develop a new label to help consumers purchasing energy-saving bulbs. It looks similar to nutrition labels on food and will have more concise information about the bulb’s output and savings (seen in the image on the right).

The labels will include:

Manufacturers are also changing the look of their overall packaging to help even more. For instance, the CFL in the photo on the right says the Sylvania Super Saver CFL is a replacement for a 100-watt bulb with a lumen (brightness) output of 1500. The energy used is 24 watts, saving you $60 in energy costs and will last for 7 years. The color is a soft white, which is similar to soft white incandescent bulbs.

Remember, an easy way to compare bulbs is to use the government label, which should appear on all bulbs by January 2012.

Let’s go through the steps involved when you’re shopping for light fixtures.

How to Choose the Right LED Replacement Bulb 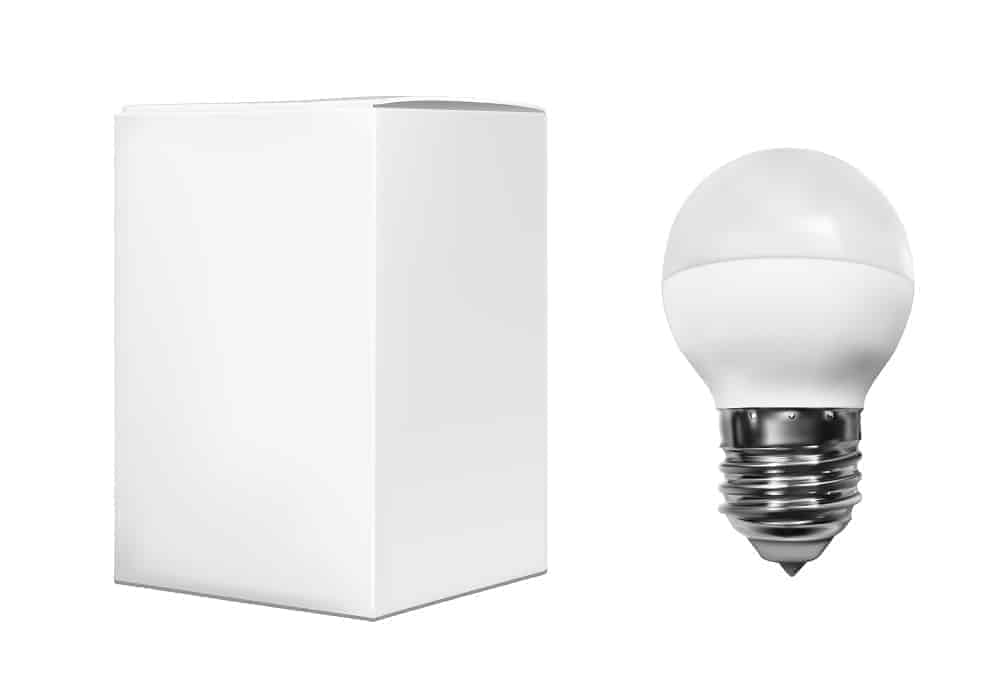 You probably don’t have the original box that your light bulb came in. Most of us throw them away as soon as we get home from the store. The more litter-conscious among us might put the old bulb into the new box before throwing them both away. This reduces the chances of someone cutting themselves on the old glass bulb as they handle your household trash.

But before you discard your old light bulb, study it to see if there are any markings on it. Many bulbs will have the wattage and voltage indicated on the glass. They might have other information as well, like where the bulb was manufactured or what its batch number is. If you’re shopping in person, you can carry the old bulb to the hardware store as a reference point.

What are you using this bulb for, and what part of the house or office does it sit in? A flashlight bulb doesn’t need to be strong. Especially if it’s just for checking dark stores or circuit boxes. But a camping flashlight needs a long beam so you can navigate farther distances in the dark. On the other hand, a desk lamp in a lab may need to be extra-bright so you can assess specimens.

But the same desk – if it’s being used by kids reading – may need to be gentler to avoid causing eye fatigue. Context matters too. Bedroom lights might be dimmer to create a soothing mood while kitchen lights can be brighter to ensure you don’t mix up your spices. For a playroom, you might want multicolored LEDs while a greenhouse may need an LED grow light.

The use and position of your replacement bulb could influence how your bulbs are spaced out. If you have multiple light sockets, you could buy several dimmer ones and spread them out. Or you could buy a single high-lumen bulb that serves the whole space. This may call for rewiring if you want the bulb to hang higher or lower. If it’s remote-controlled, the signal range matters too.

You’re probably confused by the number of bulb options available. But before you start looking at brands and voltage, check the bulb socket. That’s the most important factor. Some sockets have threads so you have to screw the bulb into place. Others have hooks and clips so you wiggle and twist the bulb until it locks onto its latch. Double-check the mounting style on the socket.

You also have to understand the main types of bulbs on the market. There are four common categories – standard tungsten bulbs, halogen bulbs, energy-saving fluorescents, and LEDs. Standard bulbs are the old type, where tungsten filaments are heated to release light. Halogen bulbs are tungsten bulbs with added iodine or bromine. This added gas raises the temperature.

Higher temperatures mean you get brighter light without blowing the bulb. Then there are energy-saving lights, sometimes called CFLs (compact fluorescent lights). These are fluorescent bulbs where the filament is coiled or folded to occupy less space while increasing the surface area available for light emission. LEDs are the final and most common light bulb category.

We’ve touched on the main types of light bulbs, but you may need more information to help you pick a bulb. Bulbs work by converting heat into light. Electric current passes from the switch through the cables and into the filament. This filament gets extremely hot and starts to glow, and the glow illuminates your space. Different bulbs have different ‘fillers’ to help you light up.

Incandescent lights – also known as standard tungsten lights – are filled with nitrogen. Some have no fillers at all. Instead, they have a vacuum. Tungsten bulbs can last 1,000 hours and the light has a ‘yellow sunset’ quality. Halogen lights have inert gases as a filler. As we said above, these gases include halogen, iodine, and bromine. They make your filament glow brighter.

Fluorescents – whether they’re long tubes or folded coils – are coated with phosphorous and filled with mercury and other gases. CFLs were invented to let users enjoy white fluorescent light despite having regular (tungsten-style) light sockets. They can last up to 10,000 hours and release colder light. LEDs use electrons, photons, and diodes rather than gas and glass.

Step 5: Confirm the amount of light you need 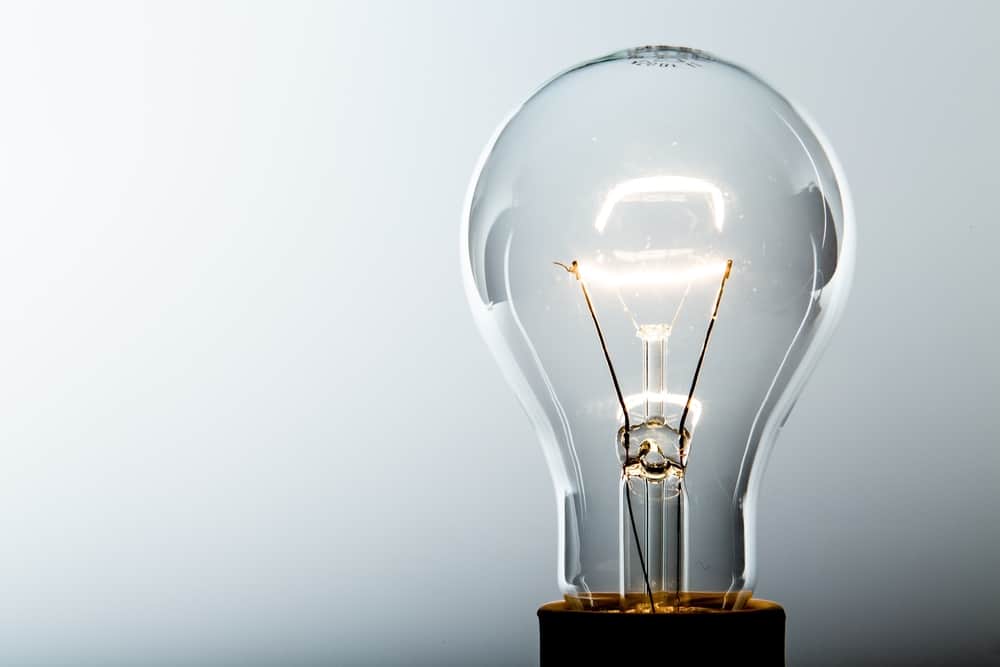 For home use, most people buy 60W tungsten bulbs, which produce 700 to 800 lumens of light. And from experience, we have a fixed idea of how bright we think a 60W bulb is. So we have a mental image of what 800 lumens look like. But what we don’t know is how much energy makes a bulb that bright. With traditional tungsten bulbs, it takes 1W to release 15 lumens.

But with LEDs, 1W produces 60 lumens or more. So a 60W tungsten bulb may emit 800 lumens of light, but a 60W LED light could release over 2,400 lumens per bulb. That could easily ruin your eyesight, so you need to be really careful. Meanwhile, a 60W CFL will give off nearly 3,000 lumens. Let’s review the tables below to get a little more guidance.

It’s tricky to verify the exact amount of power you need, but as a rough estimate, tungsten bulbs and LED bulbs have a 1:4 ratio. That means for the same number of watts, LED bulbs produce four times the amount of visible light. So when you’re converting watts to lumens for LED lights, start by multiplying your watts by 4. A 60W tungsten bulb is therefore similar to a 15W LED.

Step 6: Verify the number of bulbs

LED light strips are sometimes backed by self-adhesive tape. So instead of mounting one central 60W bulb, you might opt for a strip of 5 mini bulbs or diodes. In that case, every LED chip would be 3W so a total of 5 LED cups amounts to 15W. They’d release 700 to 800 lumens, just like your 60W tungsten bulb. You can get the same 800-lm luminosity from 2 CFLs.

These CFLs would each be 5W or 6W, meaning the pair of CFLs will total 12W and release the same 700 to 800 lumens you’re looking for. Check the table below to understand the concept more clearly. It shows different bulb options for +700 lumens. As you’re swapping between bulb types, make sure the socket is the right fit. Otherwise, you’ll replace all your light fixtures. 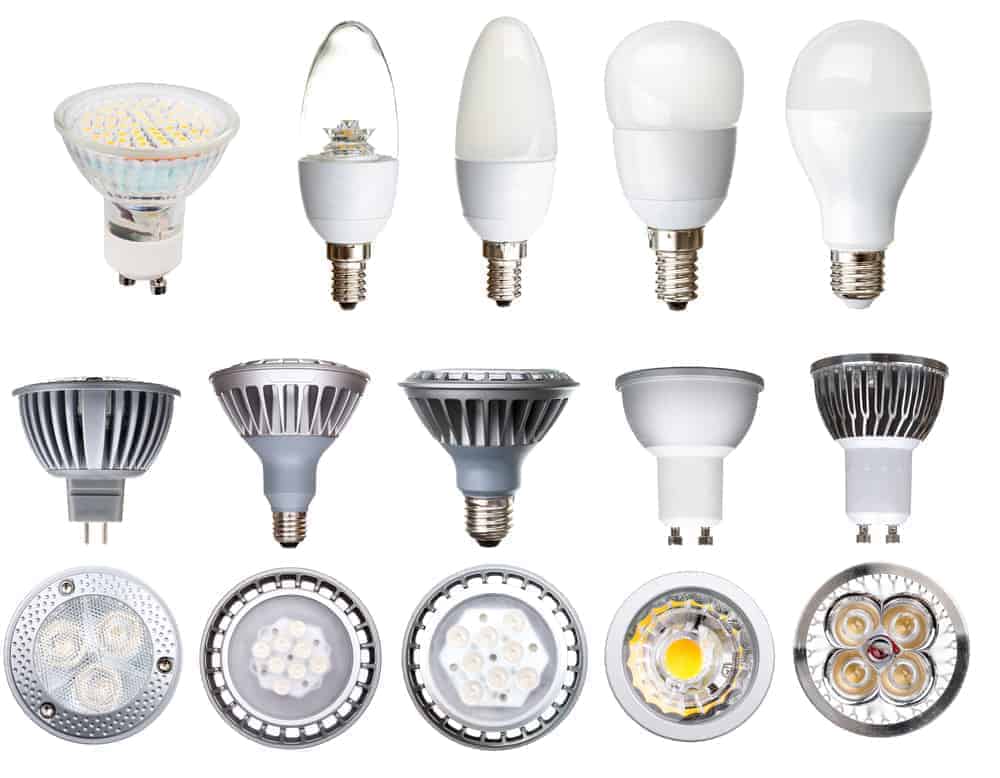 LED stands for Light Emitting Diode. These lights are known for producing bright illumination through minimal power usage. So your bulbs will be brighter and prettier but your power bill could be up to four times lower. These lights come in different configurations. The most common type is the self-adhesive strip we’ve just mentioned. They’re sold in inches or meters.

Another bulb style is the LED cup. These lights have the diode mounted in the center of a concave reflective cup. The cup controls the direction and intensity of the light beam. LED cups are common in car lights and cameras. LED lights can also be configured in pairs or triples, where two LED chips are mounted on the same base to produce more lumens simultaneously.

The type of LED you buy might be limited to your current lighting set-up. For example, while you can mount a light strip anywhere, you can’t put stripped chips into a cup socket. And if you try to mount a single-chip into a multi-chip socket, it might short-circuit, so check for electrical output compatibility before you pay for the replacement bulb. You don’t want things to blow.

Step 8: Check your coloring and shading

Generally, tungsten bulbs produce warm ‘yellow light’ that resembles sunrise or unset. CFLs and Halogen bulbs lean more towards white light. The bulbs are cooler and release less heat. This is because they’re more energy-efficient. There’s less waste because more of the generated heat gets converted to light. This is why you can get higher lumens while consuming lower wattages.

So if you’re replacing a tungsten bulb, you don’t have to get a bulb with the exact same number of lumens. If you’d like your bulbs to stay warm, you may opt for higher luminosity. With LEDs, you won’t get anywhere near that amount of heat because the LEDs are 4 times more efficient. Instead, you could buy colored lights that are tinted cream or yellow to simulate yellow light.

These colored lights will create the same mood as your tungsten bulbs, but they won’t keep you warm. So if physical temperature is the goal, consider strip LEDs with multiple bulbs. Also, if you’re using lampshades for your tungsten lights, you may have to forego them for LEDs. The light quality is different and the light waves are more diffuse, so you can ditch the shade.

Turn on the light!

So what steps should you take to buy the right LED replacement bulb?

What kind of LED bulbs are in your house right now? Show us in the comments!

1 thought on “Lumens vs Watts: How to Choose the Right LED Replacement Bulb” 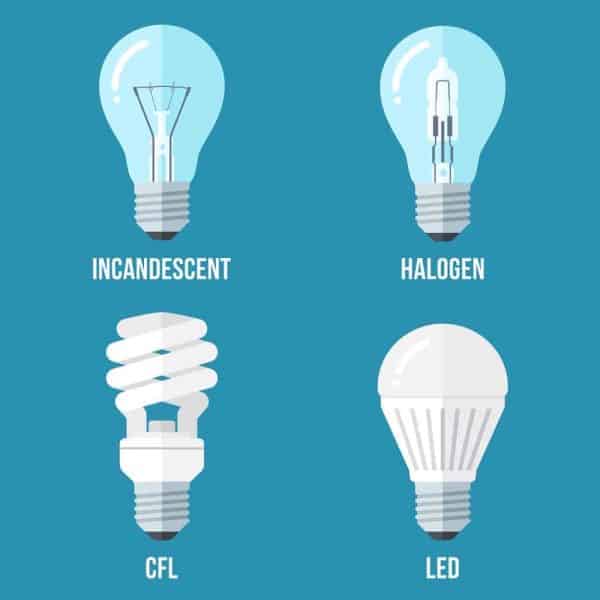